“Danica McKellar is now on a mission to make math fun for even the youngest of kids.”
—L.A. Parent Magazine 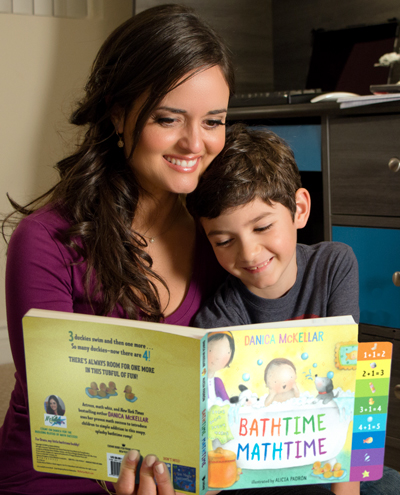 Shapes are all around us–just scrub up and see!

Actress, math whiz, and New York Times bestselling author Danica McKellar uses her proven math success to give toddlers a head start on learning their shapes in this squeaky-clean bathtime read-aloud that shapes up to be a tubful of math fun!

Let’s face it – in the real world, we mostly encounter 3-dimensional shapes, so we introduce those, as well! Additionally, in the back of the book – along with the Letter to Parents and a summary of all the shapes they’ve seen – you’ll find a quick explanation of the difference between 2-D and 3-D shapes – a wonderful concept for very young minds as they explore the world around them!

LETTER FROM THE BACK OF BATHTIME MATHTIME: SHAPES

Congratulations on putting your child on the path to a lifelong love of numbers! This story introduces your toddler to the basics of the some shapes they will learn about in school, and distinguishes between 2D and 3D objects. (I remember reading so many toddler books to my son and having to clarify to him: No, a ball is not a circle; it’s a sphere!). Additionally, this story shows kids that these math objects are all around us – reinforcing that math is a fun, relatable subject. Find shapes all around your house!

With multiple readings, this adorable book will not only show how fun bathtime can be (including hair washing!), but will also give your child an understanding of geometric shapes for smoother sailing in preschool, kindergarten, and beyond. 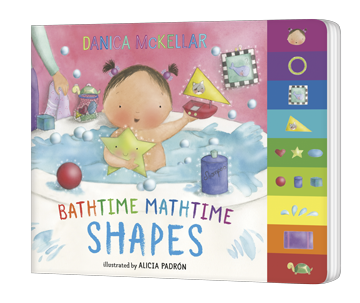 More titles for all ages to enjoy

Best known for her roles on The Wonder Years, The West Wing, and lately for her popular movies on Hallmark Channel, Danica McKellar is also a New York Times bestselling author of math books for kids, with over a million copies sold since 2007.  Starting with “Math Doesn’t Suck,” “Kiss My Math,” “Hot X,” and “Girls Get Curves: Geometry Takes Shape,” books aimed at middle school and high school readers, she wrote her first children’s picture book, “Goodnight Numbers” in 2017, followed by “Ten Magic Butterflies,” the “Bathtime Mathtime” series, and “Do Not Open This Math Book,” aimed at 6-8 year olds, introducing us to the sweet character of Mr. Mouse while helping kids parents and teachers everywhere with Common Core addition and subtraction! She is also an internationally-recognized mathematician and advocate for math education. A summa cum laude graduate of UCLA with a degree in Mathematics, Danica has been honored in Britain’s esteemed Journal of Physicsand the New York Times for her work in mathematics, most notably for her role as co-author of a ground-breaking mathematical physics theorem which bears her name (The Chayes-McKellar-Winn Theorem). She is incredibly proud that “Goodnight Numbers” was selected for inclusion in Dolly Parton’s literacy charity, The Imagination Library, and her voice can be heard narrating its documentary debuting in Spring 2020.

The Times Machine! is Danica’s tenth McKellar Math book and it hits the shelves June 30, 2020. 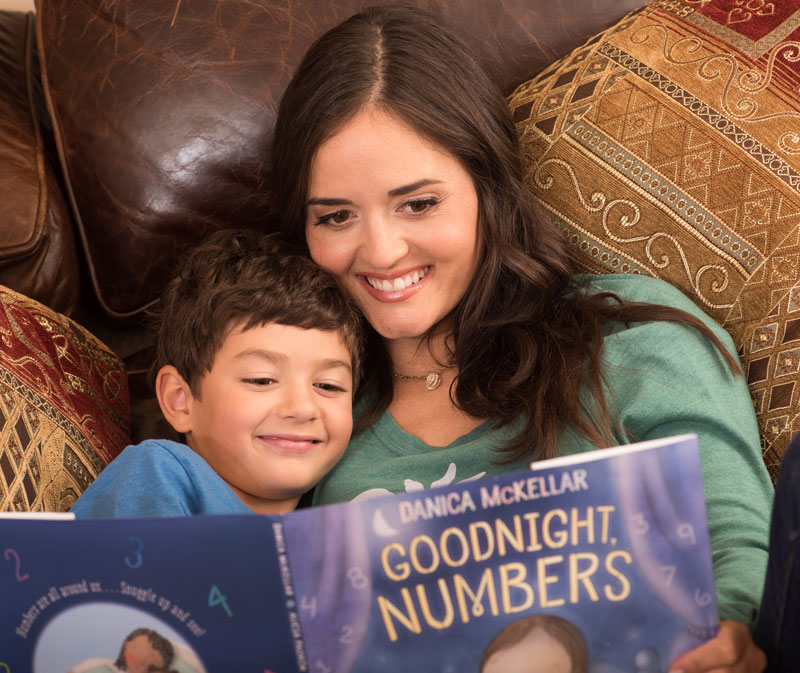